Since resurrecting our pre-Prohibition distillery in 2014, J. Rieger & Co. has been committed to distilling whiskeys using the time-honored traditions of American Whiskey production. Utilizing the finest rye and barley grains available, this Bottled in Bond Straight Rye Whiskey was distilled, aged and bottled in our Kansas City distillery. This 6 year old Rye delivers complex aromas of cocoa and baking spice followed by rich flavors of stone fruit and toasted vanilla. 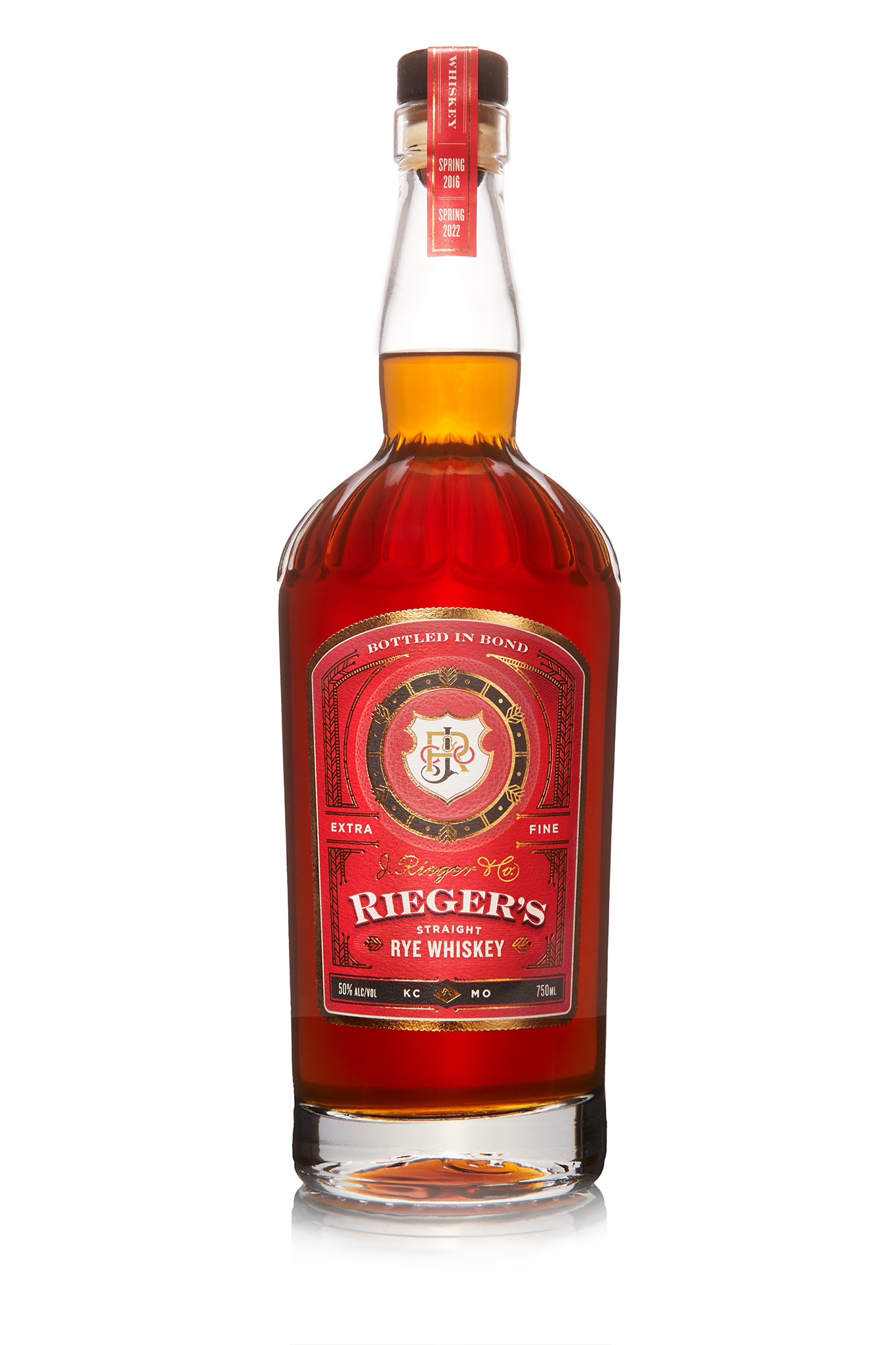 For 95 years, J. Rieger & Co. sat dormant, a casualty of a failed social experiment known as Prohibition. Kansas City didn’t legally distill for nearly a century.
‍
In 2014, under the guidance of industry legend, Dave Pickerell, Ryan Maybee and Andy Rieger successfully relaunched the J. Rieger & Co. brand and got the booze flowing in KC once again. From the start we committed to allowing our whiskeys time to properly age. We respect the time-honored tradition of aging whiskey in 53-gallon White American Oak barrels and believe that absolutely nothing can substitute for time spent in a barrel. We elected to release our earliest Rye Whiskey distillates as Bottled in Bond Whiskeys, a uniquely American distinction of quality, commitment and heritage. More Rye expressions are on the horizon.
‍
This product is a tribute to Dave Pickerell, the larger-than-life legendary Master distiller, who was kind enough to bestow upon us his knowledge and passion for creating the finest Whiskeys in America. And also to Kansas City, our hometown since 1887 for supporting us, believing in us and rooting us on.

This whiskey is a pot distilled rye that consists of 96% rye and 4% malted barley.  We really wanted to showcase the rye and that is why we chose to make it a very dominant rye grain bill.  We distilled this rye paying very close attention to the spice that we all know and love from rye whiskeys and made sure that what we put in the barrel had the aggressive spice we had hoped for.  This whiskey was aged for 6 years in new, charred white oak barrels from Independent Stave in Lebanon, Missouri.