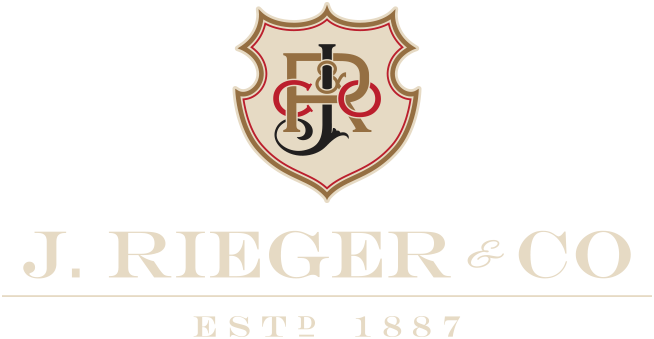 Welcome to Kansas City’s distillery Since 1887

Reservations can be made for tours, tastings and other pre-booked experiences.

MONOGRAM LOUNGE:
‍The Monogram Lounge will remain closed until early August 2020. Follow along with our social media for the latest as we prepare to reopen in the coming weeks!

THE HEY HEY CLUB:
‍The Hey! Hey! Club will remain closed until August 2020. Follow along on social media for the latest as we prepare to reopen in a limited capacity in the coming weeks.

We planted our flag in KC in 1887, only to meet an early demise in 1919 with the onset of the 18th Amendment and Federal Prohibition. 95 years later, two ambitious young KC guys refused to let Prohibition be the final fate for J. Rieger & Co.
‍
In 2012 Andy Rieger, Jacob Rieger’s great-great-great grandson (and only living direct descendent at the time), and Ryan Maybee, a career bartender and restaurateur set out to resurrect this historic brand. Together they formed a bond based on their shared vision of re-establishing not only Andy’s family legacy, but also reviving the distilling industry in Kansas City. And in 2014, they relaunched J. Rieger & Co., Kansas City’s first distillery since Prohibition with the release of “Rieger’s Kansas City Whiskey”, a unique style of American Whiskey that pays tribute to J. Rieger & Co.’s history.

After 4 years of distilling and a growing demand in Kansas City and throughout the country, our need for a bigger home drove us to purchase the historic Heim Brewery’s bottling house, a 45,000 square foot, 3-story building built in 1901. Prior to Prohibition, the Heim’s bottled more 100,000 bottles of beer a day in this building, and shipped it out around the country on awaiting railcars right outside our front door. Sadly, the Heim brand also was lost to Prohibition.  However, in 2018 we began construction to convert this building to our new distillery, breathing new life into the space while opening a visitor’s experience for the first time.
‍
Our distillery offers daily tours, multiple bars, rentable space for private events, a 3,000 square foot historical exhibit, gift shop, and did we mention we have a slide? Because we have a slide!

We look forward to welcoming you into our home!

The Distillery is conveniently located 1.5 miles East of the River Market, in the historic Electric Park district of the East Bottoms.

Allow extra travel time as we are located directly next to active train tracks. Follow the Electric Park detour signs should you get stuck at a train crossing.

Parking is available in the complimentary surface lot on the west side of the building (on N. Montgall Ave.) 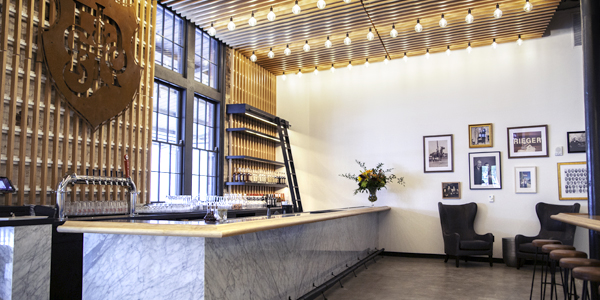 Tours of our Distillery are offered Friday-Sunday.
Book your tour today 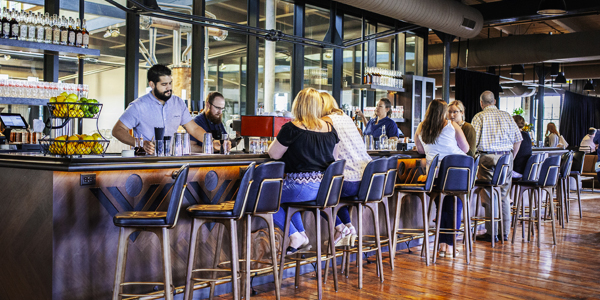 Overlooking the distillery production floor, The Monogram Lounge is open 7 days a week. A lively, open gathering space that features a wide variety of cocktails and Heim Beer on draft.‍

‍The Hey! Hey! Club is our intimate underground 48-seat bar. A loungy, comfortable space where we celebrate beautifully crafted cocktails and Kansas City’s past as a Jazz town. 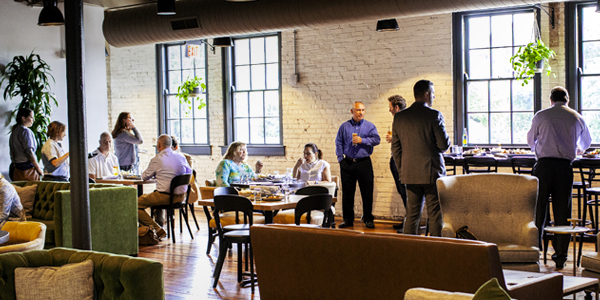 Several areas of our Distillery are available for private events.
More information can be found here. 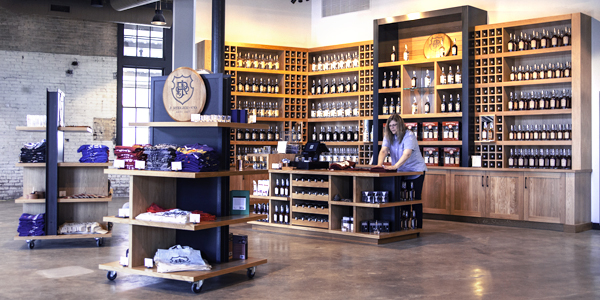 The Mercantile Gift Shop offers bottles of our spirits, merchandise and the opportunity to fill and label your own bottle of Kansas City Whiskey.
Shop J. Rieger & Co. online 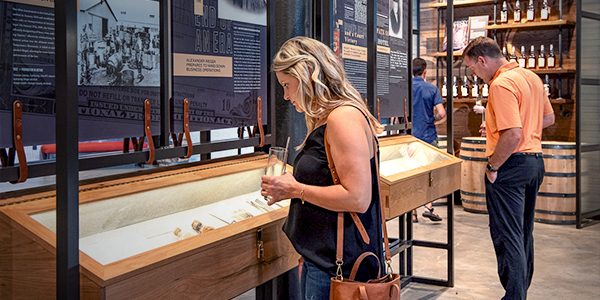 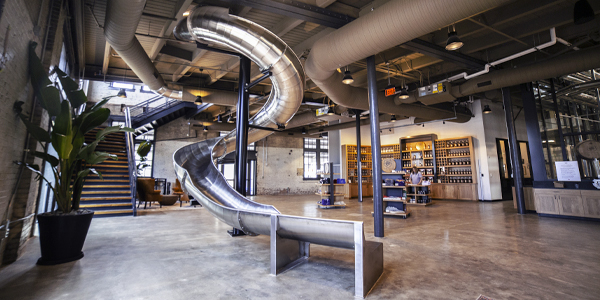 Hop on the only known distillery slide in the world! Our 40-foot custom built side in The Monogram Lounge is the coolest way to exit a bar.

BECOME A FRIEND OF JACOB RIEGER

Sign up to keep up with us, hear about special events and to receive the latest news.

Thank you! Your submission has been received!
Oops! Something went wrong while submitting the form.